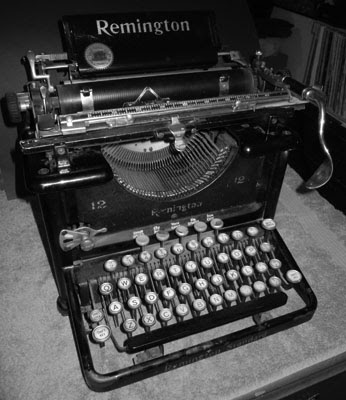 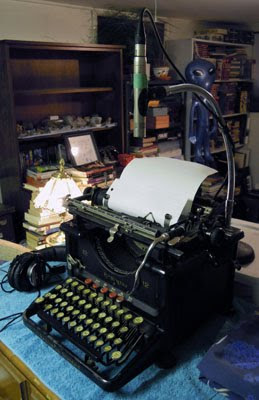 You may be wondering why I've gone to so much trouble when I could just as easily have used a couple of generic typewriter sounds from a sound effects collection. Well, for one it's a lot of fun, and as I mentioned before: each keypress has a unique sound depending on which bit of the antique mechanics it activates, and how hard you press it. There are also subtleties such as parts of the typewriter vibrating from the sheer momentum behind the tension of the carriage. All these things, I hope, add up to a unique and expressive 'performance' rather than a stale computer-generated facsimile (not that there's anything wrong with the latter).
Posted by The Manitou at 8:13 PM No comments: