Digital EP: Side B by Disco Antenna 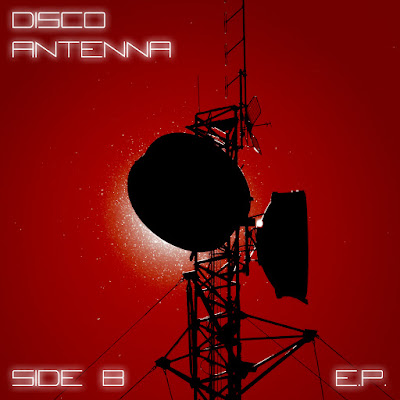 Lots has been going on behind-the-scenes, so let me start with a quick update. Five finished songs for the new Manitou album are in the wings, and I'll be looking at releasing those now that the new Disco Antenna EP is complete. I've also been hard at work with the band No More Cries, arranging keyboard parts for their songs, and working with other local artists at Wild Bill's Studio.

Side B, as the title suggests, is the follow-up to Side A, the Disco Antenna release from last year. In due course both releases will be combined into a full album.


1. Disco from the Stars (suite) is a song that dates back to 2010, when Disco Antenna first became an entity. It was my attempt to write something in the disco style after Jimmy, my collaborator, and I had begun work on his song, 'There To Remind Me.' It existed as a rough demo for a long time, for which Jimmy provided some vocal ideas that eventually became 'Superstitious.' When I came up with a proper chorus for the track I decided the Superstitious vocals weren't really going to work. It wasn't until last year, and the success of the segue format of Side A, that the idea of making the two songs into one came about. There was just one problem ... it was such an ambitious undertaking that it was going to take extra time. But for me, it was worth it. We released 'Superstitious' as a single last year. I've since done some tweaking to the mix for this 18-minute 'suite.'

2. Prayer (suite). When searching the archive of Jimmy's material for another song to include on the EP, 'Prayer' jumped out at me. I'd actually suggested it would make good Disco Antenna material in an old e-mail. Unfortunately, between that e-mail and its rediscovery, Jimmy discovered he'd lost the vocals in a hard-drive crash. But all was not lost: he had the backing track and the original Orion session. It also provided him with an opportunity to write new lyrics for the verses. The demo was something like four minutes, maximum, and it wasn't my intention to stretch it out to 10 while adding my parts. I had, in the back of my mind, the idea to keep each EP under the maximum 24-minute running-time of half a vinyl LP. In this case, I had to go where the music led me. 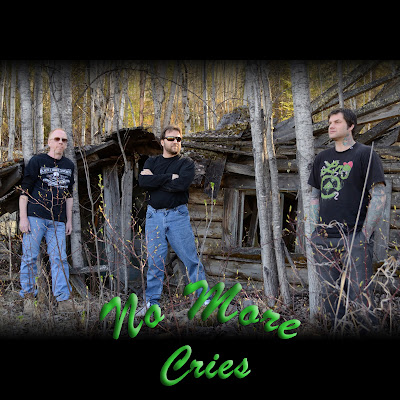 
If you love solid blues-tinged rock n' roll, then give them a spin.
Posted by The Manitou at 12:42 PM No comments: