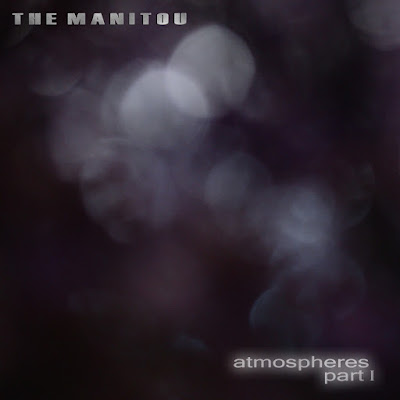 For some time now I've wanted to produce an album of ambient sound collages. Atmospheres Part I is the first step towards that goal. The soundscapes presented here are built from my ever-growing collection of field recordings, spiced up with minimal synthesizer sequences, circuit-bent sounds, and the occasional home-built instrument.

It's released under a Creative Commons license. The music may be used in non-commercial productions royalty free, on the condition that I'm credited.

As usual, here is some track-by-track commentary:

1. Night Of The Cacti - In 2010 I was fortunate to visit a correspondent of mine, Jay Ellington Lee, at his home on the outskirts of Tucson, Arizona. Sadly, Jay passed away the following year. Among other things he was a composer for film, radio, and television, had a hand in designing the E-Mu modular synthesizer, and was an all-round creative boffin. I shall forever be grateful for his friendship, and the opportunity to see some of the Sonora Desert. This soundscape is based on recordings I made at his home, and is an attempt to capture my impressions of the desert, which is more alive than one might first imagine.

One evening Jay dug out some LED light boxes, which led to the both of us venturing out into the night to light and photograph cacti. Despite only having a digital point-and-shoot camera with me on the trip, I was pleased with the eerie and surreal results. I had those photographs in mind when I set about recording this track.

2. Down In The Data Mines - 'Data mining' seems to be the gold rush of the new millenium, with companies like G**gle and FaceB**k collecting and storing data left, right, and centre. This track looks at the concept from the point of view of the virtual robots whizzing around the ethernet, doing the actual 'digging'. A lot of circuit-bent sounds, and a fridge, went into this one.

3. A Night In The Big Room - A restless night in an old asphalt testing lab in the industrial zone, marked by strange sounds and waking dreams, was the inspiration. Recordings from the actual location were used, along with some stand-ins and a few tape experiments to exaggerate the experience.

4. Landwhales - A synthesizer sequence made with MS-20 Mini and the SQ-1 sequencer, rejected from an early version of 'Cacti', became the basis for this track.

5. Well Of Souls - The bulk of this track consists of sounds made by a faulty toilet flusher valve. It also features an out-of-tune piano a kind lady by the name of Cleo allowed me to sample. Incidentally, her wheezing dog makes an appearance on 'Landwhales.'

Posted by The Manitou at 4:38 PM No comments:

I spent a couple of days this week editing the backlog of train recordings I captured over the course of the year. This inspired me to do something creative with them, so I called upon the Korg Monotribe to create a sequence (recorded live) to accompany a particularly striking recording made from beside the train tracks in August. Everything came together quickly over two recording sessions, and here is the result: Trans Earache Express (a nod to Kraftwerk, in case you're wondering!).

Posted by The Manitou at 1:47 PM No comments: