The Manitou featured on Caliper Music

Mark Barton of The Sunday Experience has reviewed my two most-recent releases. Here's what he had to say:

Reactor Four
Keen observers of these musings will no doubt be familiar with the Manitou – better known to kith n kin as Joshua Blanc – notably through love poured upon his ‘electro magnetic’ and ‘the mechanicals’ visitations. Third in his series of two track single releases finds a sinister countenance afoot in both sound and subject matter for both ‘reactor four’ and ‘fukushima fifty’ centre on the nightmarish realities of nuclear meltdowns. Inspired by the Chernobyl fall out ‘reactor four’ is steeled in a haunting dead still that aside being disquieting (with the appearance of the chilling Geiger clicks) is bleakly head bowed and signed in regret, the atmosphere suitable ice cold and bleached I a hollowed emptiness shimmers delicately into territories more commonly associated with Karl Bartos. Carved out in old school retro electro minimalism ‘fukushima fifty’ seductively pirouettes along the same sparse melodic leyline as that found populating a ‘man machine’ era Kraftwerk universe albeit with it frosted exterior somewhat fused to the expansive hypno drills of tangerine dream. http://www.themanitou.bandcamp.com/album/reactor-four
Cathode Ray
Those of you loving your electronics spared in minimalism like it was 1979 and steered in a sinister off set funky iciness might want to stay with the Manitou a little while longer for the follow up to ‘reactor four’ – and by a quick head count the fourth in the singles series is entitled ‘Cathode Ray’. This un plugs directly into Human League Mk1’s sound space more specifically having us reaching for our copy of ’reproduction’ in order to sample the dark delights of ‘circus of death’.

My promo video for Cathode Ray has also been featured on Matrixsynth blog, of which I've long been a fan. If you're into synthesizers and you haven't paid it a visit, I urge you to do so.
Posted by The Manitou at 11:32 PM No comments: 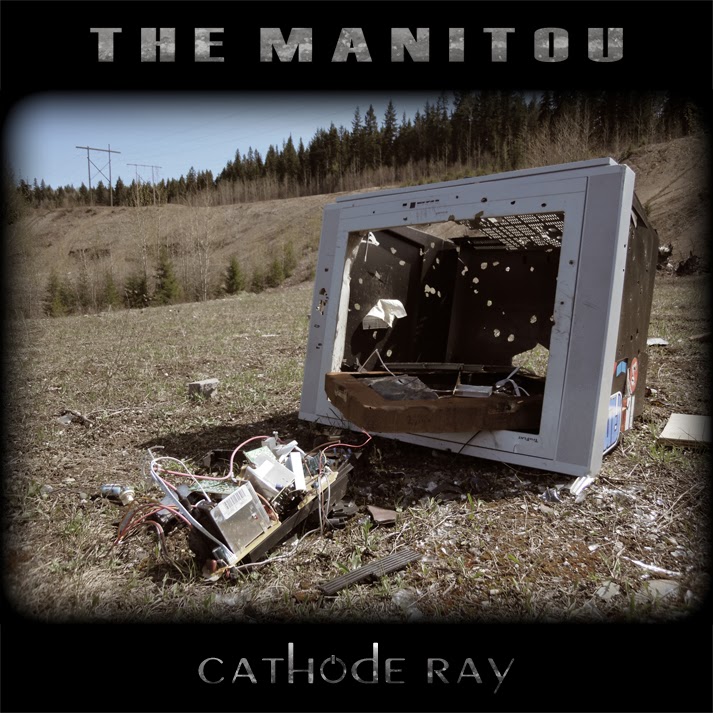 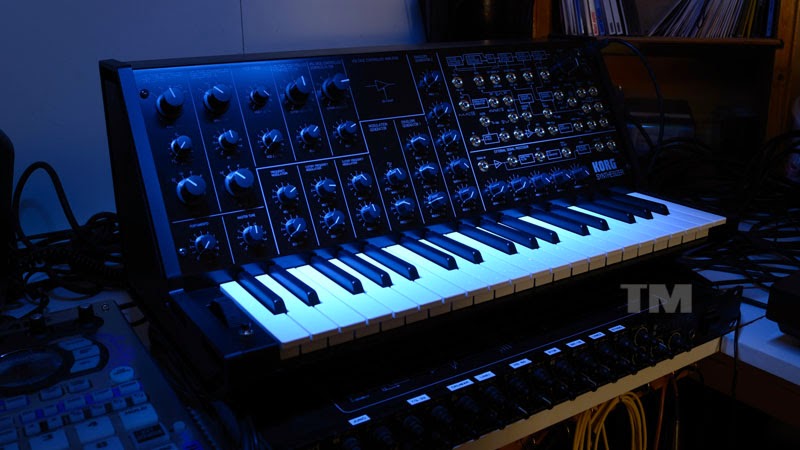 The Korg MS-20 was produced from 1978-83 and has since become something of a legendary synthesizer. The brand new (as of this writing) MS-20 Mini is a complete recreation in a slightly smaller housing, with the addition of very simple MIDI implementation (it has MIDI In to allow sequencing, nothing more). The basics: it is analog, monophonic; has two oscillators, one LFO, and two filters (high & low pass). It's also semi-modular in that certain functions can be re-wired or patched-in via the patch panel on the right-hand side of the synth. 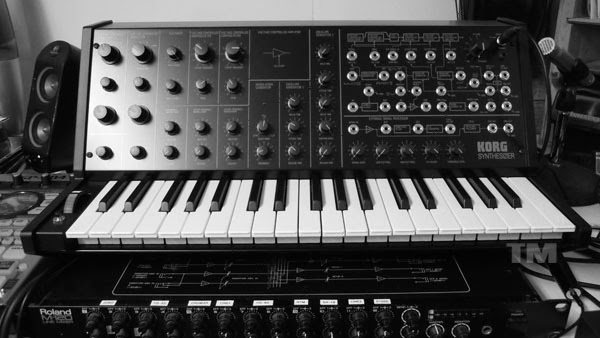 In 2002 I bought my first proper synthesizer: the Novation K-Station. It's a fantastic machine but at the time I found it exceedingly complex. While it has a wealth of hands-on control, a great deal of its parameters are hidden in the menu system. As I've come to learn its ins-and-outs, it's proven its versatility and I still use it as my main instrument. But circa 2005 I wanted to get my hands on something simpler in order to get to grips with basic synthesis.

This led to a search for such an instrument, and among the contenders was the MS-20. Unfortunately it was long out of production, and I'd missed out on the 'great analog purge' of the late '80s early '90s, when analog gear was practically being thrown away in favour of digital. By this time analog was back in vogue and the MS-20 was fetching upwards of $2000 USD. So, after much consideration I settled for a Yamaha CS-5. It only had one oscillator, but its design was such that it had oodles of character. It was simple and easy to use, and it helped me get to grips with synthesis and the K-Station. Being of a vintage, and I suspect mistreated by its former owner, the CS-5 failed within a short time. The handful of songs I made with it are among my favourites, and for a long time there was a void in the studio that couldn't be filled.

When the MS-20 Mini was announced I was understandably excited, and I pre-ordered it the first chance I got. The demand for it was such that it took 11 months to arrive. It has not only filled the gap left by the CS-5 in my sound palette, but expanded it to undreamt of horizons. You will no doubt be hearing a lot from it in the coming months.