Digital Album: Music of the Lake 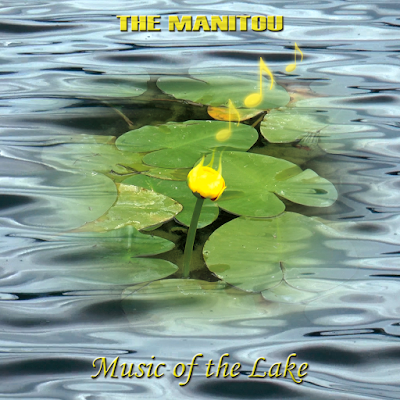 In April of 2019 I was asked to collaborate on a video blog project with local artist Sybille Muschik. In addition to filming and editing, I was asked to write original music for the series. The initial brief was that it should be upbeat and interesting: nothing that would put people to sleep. As I spent more time at Sybille's lake-shore home, the lake itself became a focus of the music. Over a period of months, sounds that evoke water, and field recordings from the lake itself (and other bodies of water), were woven into instrumental songs that referenced aspects or experiences of the lake and surrounding watershed.

In the few weeks after our initial meeting I created a series of short musical sketches. These consisted of basic drum patterns, chord progressions on virtual Rhodes electric piano or synthesizer, synth or piano melodies, and bass guitar parts. I chose fifteen to present to Sybille, who then whittled them down to eight, including one that would become the theme song. I rejected a further two, finding them uninspiring in the end! Perhaps I'll share some of these sketches in the future.

After developing the initial six songs, I had a clearer idea of Sybille's tastes and the direction the music should go. I presented the remainder of the songs as finished pieces.

We never discussed how many songs there should be, but I tend to think in terms of albums (or EP's at the very least), and inspiration led me to eleven. Each one pushed me creatively in many ways. I played bass guitar on all but one track (the most I've ever used on an album). I strove to make sampled drum machines sound more like real drums: both sonically and in the way that they're programmed. I made synths sound like guitars, and played real guitar when it was within my abilities. I scoured my backlog of field recordings for water and nature sounds and collected more in the field. I even made an orchestral song without an orchestra! But perhaps the biggest challenge was to work in different styles and moods than I have before.

This is my first paying soundtrack job. The entire process has been fun and exciting. There's scope for a 'volume two' after a well-deserved break. The lake continues to inspire through the changing seasons and as my knowledge of its biodiversity expands.

1. Sunbursts (Shoreline Theme)
Out of four sketches with potential for theme songs, this was the most energetic. The working title was simply 'theme 3, piano'. The twinkly arpeggio suggested the bright sunbursts reflecting off water on a sunny day. The short version of the theme is essentially what I would call the chorus. Coming up with a 'verse' to accompany it was a challenge.

2. Pond Skaters
This changed considerably from my sketch. The signature bubbly bell sound is based on a preset  from a virtual synth called Firebird. There is a random element to the patch, which means it sounds different every time the song plays live in my workstation or is rendered as a mixdown. In order to even come close to how a pivotal mixdown sounded, I had to 'print' multiple takes of the Firebird parts and choose the best passages. The title was inspired by a large swarm of whirligig beetles skating on the water.


3. Blackbird Bend
In March, before I even started on this project, I spent an hour on a frosty morning in a wooded area by the lake, capturing the dawn chorus with my Tascam digital recorder. The principle songbirds I sought were the red-winged blackbirds. A snippet of that recording is the ambient backdrop for this song.

4. In the Rushes
This is the first song I came with up on my own initiative, as it were, having completed the first six Sybille had chosen from my sketches. After hearing Pan's Blessing she expressed a wish that there was more variation to the melody. Rather than rework that song, I wrote this instead. It's also the first piece written with a facet of the lake in mind: the rushes that grow along the shoreline, the water that laps between their stalks, the sound they make in the wind, and the insects and marine-life that live among them.

5. Spawning Beds
I was privileged to see (and film) trout spawning in the creek that runs out of the lake. This song is inspired by them, and the erratic way they swim in the fast-moving water above the weir. It was Sybille's idea to include a recording of the creek itself.

6. Surface Patterns
Since embarking on this project I couldn't help but write a laid-back piece evoking the swirling and undulating nature of water and the varied and mesmerizing patterns on the water's surface.

7. Pan's Blessing
As it was spring when I started Music of the Lake, I took inspiration from the process of thawing, the return of plant and animal-life to the area, and the warm feeling of celebration it brings. The pan pipe sound was a last-minute addition inspired by the title.

8. Water Lilies (Yellow)
As the soundtrack was nearing completion, Sybille requested I write a piece about the water lilies found in the lake, of which there are two species. We went canoeing to photograph them (the yellow variety graces the album cover), and to check on their health. The yellow water lily is endemic to the lake, and in danger of being choked out by the white (or 'fragrant'), which is introduced. I chose an ethnic instrument akin to a kalimba, some soft Rhodes piano, and mellow synthesizer to represent the yellow species and its vulnerability.

9. Water Lilies (White)
For the white water lily, I chose a bolder palette: harps that evoke an air of royalty, strings that suggest the conquest of the lake by spreading leaves and rhizomes, and isolated twinkles from the synthesizer to represent white blooms breaking through the carpet of green. The chime tree that accompanies both water lily pieces represents motion, in this case the gentle undulation of lily pads upon the water.

10. Damselflies
At the peak of their hatching, you may see hundreds of brilliant blue damselflies hovering at lake's edge. This song is for them and their larger dragonfly cousins. If you detect a similarity in sound and style to 'In the Rushes' it's because both songs were made in tandem. With my Rhodes emulation running through a delay effect, several layers of rhythm and melody were built up to form the backbone of both songs.


11. Paddling
Sybille liked the idea of an orchestral piece, so I put my mind to it. Nothing came to me for about a week, and then I wrote and orchestrated this in about three hours flat (though it took longer to finesse and add finishing touches). The sounds of canoeing and loon calls were recorded on a camping trip with my band-mate, Gary Hartley.

Music of the Lake is available on bandcamp and all major digital distributors except G**gle.

You can check out the rest of Sybille Muschik's Shoreline Studio Video Blog here, and find out more about her work at www.sybillemuschik.com.