I took a short break from my single releases to illustrate a couple of tracks from 2012's 'The Mechanicals' e.p. I've had some of the video footage 'in the can' since I completed the release but never got around to editing it. I'm glad I waited, because I ended up shooting some extra footage that greatly improved the visuals.

First up, here's The Mechanicals (Part 2). I decided to go with monochrome for this one, to reflect the mood of the piece.

Secondly, The Mechanicals (Part 2) [End Of The World Remix], which was a collaboration with my friend Jimmy 'Jamz' Aaron. Since the track has a lot more energy to it and uses a lot of the same footage, I chose to keep it in colour.

For those of you that are interested in such things, the mechanical devices seen in these videos are a hand-cranked rolling mill, a vintage Remington 12 typewriter (which can be seen in this post), and a vintage electric sewing machine (the make and model of which escapes me at the moment). They were filmed with a Nikon D7000 (as are all my videos of late) with an 18-55mm kit lens and a 40mm macro.

You can, of course, still purchase The Mechanicals e.p. via my bandcamp page, and read all about it in this post.
Posted by The Manitou at 4:41 PM No comments: 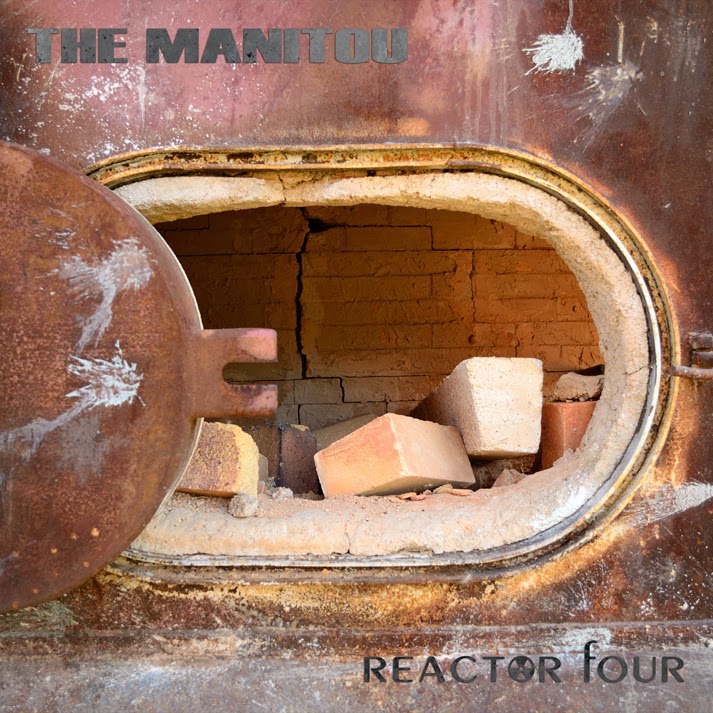 This month's free single is a double-bill inspired by nuclear disasters: Reactor Four (Chernobyl) and Fukushima Fifty (Fukushima Daiichi). Both of these horrendous events continue to threaten life on this planet and will do so far into the future. My music is often inspired by grim subject matter, and writing about the real world instead of fiction for a change is my own small way of creating awareness.

Reactor Four is built on a moody percussion loop created by a rhythm box manufactured in the 60s: the Univox SR-55. Two instances of the loop were pitch-shifted, fed through a software emulation of the famous Moog ladder filter (to enhance the noise that sounds like crickets), compressed, and then fed through two stereo delays. Over this I added an odd pulsing arpeggio and bassline (K-Station) various synthesized percussions (KS & HS-60), and ye-olde strings in the form of GMedia M-Tron (a Mellotron emulation). HS-60 provides further synth sounds, and the Korg Monotribe is brought in on the outro to supply some acid basslines and theremin-like pitch-ribbon improvisation. Vocoding was done as usual through the K-Station. The 'big 80's drums' were originally done via MIDI keyboard, but I re-did them using the Alesis SamplePad once I discovered what a difference variable velocity (aka. loudness) made. The drum samples themselves were taken from the Alesis SR-16.

Fukushima Fifty was originally envisioned as an addendum to Reactor Four, hence it has the same tempo. The music went in a different direction so it became a track in its own right. A rhythm loop from the Casio MT-100 provides the backbone. I also used a tone from that quaint little keyboard during the refrain. The vocoder that opens the track was slowed down to half-speed, because I liked the imperfections it added. K-Station, HS-60, and Monotribe were also used. Crumar Performer provides the strings this time, and electric guitar adds a touch of menace to the outro. It was recorded through the distortion effect on the Roland SP-404. I honestly can't remember if the soaring 'Vox Humana' synths at the end are HS-60 or Alpha-Juno, but I think it's the former. Percussion-wise, there's some Speak & Spell, but the bulk of it is synthesized from scratch.

Posted by The Manitou at 4:45 PM No comments: