Video: In the Rushes

In the Rushes, from Music of the Lake. This video is only a year late (haha!). I've combined footage gathered over the last two years at Bouchie Lake, with studio footage and some mimed performance in front of my home-made green screen. Aside from some lighting issues, I think the latter turned out pretty good for a first go. This is one of my favourites from Music of the Lake, so I hope you like it.

It's my goal to publish at least one video per month this year, so I have my work cut out. If you like the song, the video, or both, please share it around on your social media of choice.

May 2021 be a creative year for everybody!

Posted by The Manitou at 8:46 PM No comments:

I'm disappointed that I only wrote two blog posts in 2020, but given how busy the year was for me, both in and out of the studio, I can't say I'm surprised. A lot of things I spoke about in the 2019: Year In Review post that I hoped to accomplish in 2020 simply didn't happen.

The year started off with a commission from Johnny Who Entertainments, an independent film company in the UK. I was asked to remake the theme from the 1978 BBC TV show Blake's 7, originally composed for orchestra by Dudley Simpson. It turned into one of the most complicated and multi-layered pieces of music I've ever worked on. My goal was to pay homage to the aesthetic of the original, and improve upon it with some modern touches. In this regard I succeeded, but I just about burned out. I have fond memories of watching the series when I was a kid. As yet, the theme is unreleased.

In March, after much rehearsal, I accompanied my band No More Cries to Vancouver to play at the Roxy Cabaret. This was right at the beginning of the Covid scare, and the show was cancelled the night we made it to the city. So I spent a couple of days wandering the downtown area as anti-pandemic measures were rolled out. It was a surreal experience.

One high-point of the Vancouver trip was getting to see a Moog One with my own eyes at Tom Lee Music, and lo, even try it out. But $10,000 CDN is far beyond my budget, so I came home with a far more sensible Behringer Model D. We also looked at some incredible grand pianos in their showroom, one of which was in the region of $70,000.

It was while in Vancouver that I lost contact with my good friend and collaborator JLA, the other half of Disco Antenna. We'd conspired to release the Disco Antenna album 'Disco From The Stars' last year, but for various reasons that never happened. He did, however, give his blessing on the final mixes and artwork, as well as the DFTS video that's waiting in the wings. I miss you, J...

UPDATE: JLA is alive and well! We'll discuss a release date for DFTS in due course.

Throughout the year I composed new music for Sybille Muschik's Shoreline Studio YouTube series (now 20+ episodes strong). As of this post, 55 minutes' worth of music is nearing completion. I'd planned to release it as 'Music of the Lake II', but since only one of the four pieces is to do with the lake specifically, it'll be called 'The Floating Island' instead. Stay tuned for that very soon.

In October, No More Cries filmed a music video against a giant home-made green screen. It's currently in post-production.

My album, 'Dreams of Sleeping Engines', still hasn't seen the light of day, beyond some physical copies that got handed around in 2020. I need the time to concentrate on promotional videos before I release it digitally. To that end, I've made my own green-screen at home.

August 2020 marked the 10th anniversary of my e.p. 'Let's Build Mecha'. For some time I've wanted to remaster it, and put together the video I filmed (but never edited) for 'Production Line'. So this seemed a good excuse. The remastering part is done, and I'm very happy with it, but the film is still in mothballs. This year for sure (haha!).

Meredith Higgins' five-song CD, 'Waves', which we produced at Wild Bill's Studio, saw a physical release at Christmas. It's set to be released digitally very soon, so watch this space. 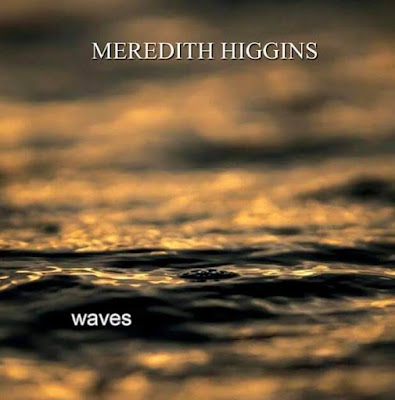 Recording sessions for Danny Brickell's second album were also completed late last year, and it's currently at the mixing stage.