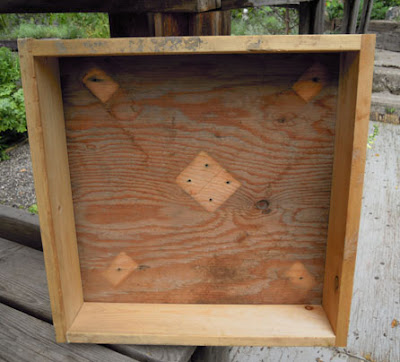 I've yet to test this contraption, but I've collected enough crusher fines to line it about an inch deep, given them a wash to get rid of the dust and dirt mixed in with the rock (the worst of which was sieved out first) and have them drying in the greenhouse. I expect you could line it with anything - dried leaves, for example - to create your own custom footstep sounds.
Posted by The Manitou at 9:07 PM