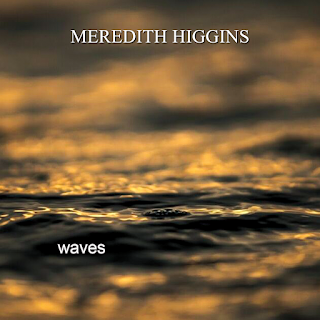 Two years ago an amazing singer/songwriter from Cape Breton came to Wild Bill's Studio to record five original songs. Gary Hartley and myself recorded Meredith singing and playing guitar, and were then tasked with the job of putting a band behind her. Not an easy task, given that recording sessions usually start with the band and the vocals are saved till last. However, we were up to the challenge and the result is her debut album/EP: Waves.

Along with Gary on bass and some backing vocals, and myself on Fender Rhodes and synth, we drafted Grant Deachman for his precision drumming skills. There were multiple technical challenges, but all were overcome in time and we're all proud of the work we did, and proud to be a part of this amazing record.

The Fender Rhodes parts were demo'd for Meredith using a Yamaha Reface CP. For the final recording we used the real Fender Rhodes suitcase 73 that resides at Wild Bill's. I recorded the parts for all five songs in a day, having hardly ever touched the Rhodes up until that point. I was not prepared for how heavy the keyboard action is: my arm was sore for days! Having put in a lot more time on that instrument, I can now play it with relative ease.

Meredith Higgins' Waves is on all popular digital distribution and streaming services. You can listen for free on Spotify here.